Welcome!
Welcome to Exilian! We're one of the friendliest communities on the internet, democratically run and existing to help facilitate a range of projects in fields including game modding/content creation, programming, drama, music, debating, writing, RPG and wargame design, e-learning, and more. You can also come here to chat, discuss the news, post poetry, play forum games, and just to meet a diverse range of people from all over the world. 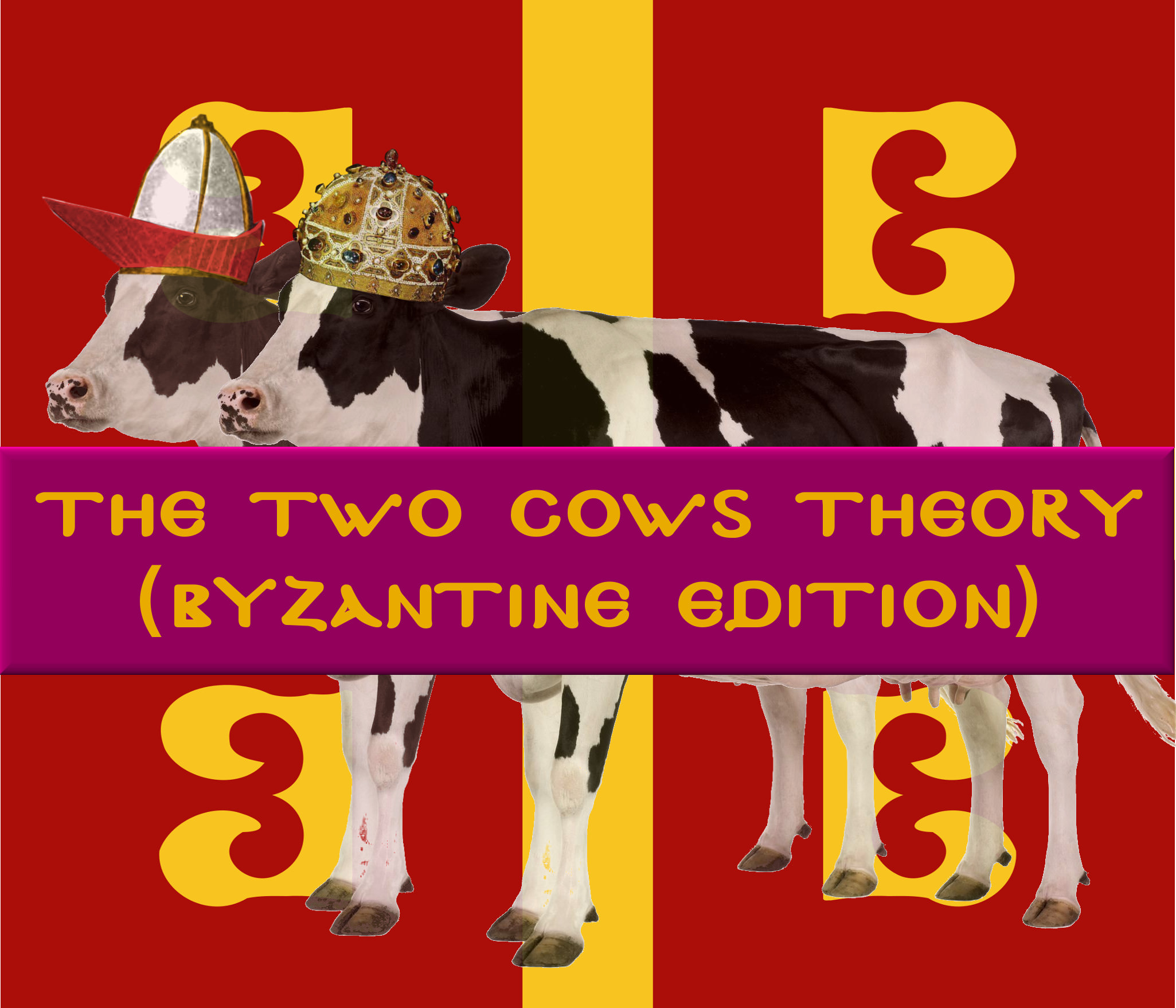 In this second historical Two Cows episode (after our first one, a trip to Ancient Greece), we sent our fictional cowherds to all the different time-spans and places in the Byzantine world. From the Macedonians to the Isaurians and the Heraclians to the Trapezuntines, it's all here. As ever, the Two Cows Theory attempts to explain concepts of government, culture, and philosophy through the simple means of one person with two cows. What could go wrong?

ARMENIA
You have no cows. You decide that everyone else’s cows are probably descended from yours, and take pride in this. You still have no milk.

THE ANGELIAN DYNASTY
You have two cows. You have no idea how cows work. The milk runs out.

THE DUCHY OF ATHENS
You have a small goat which you took from someone else in the first place. There is a surprising amount of bloodshed to determine who owns it.

BOGOMILISM
You have two cows. You believe that one of them is actually a sheep sold under false pretences. Someone kills you for this.

SECOND BULGARIAN EMPIRE
You have two under-fed cows. You petition the Emperor for more milk, and then start a war spanning decades because you are annoyed at his refusal. You are ultimately victorious, but someone assassinates you and takes the milk before you can drink any of it.

DIGENES AKRITAS
You have two cows. You feel this is insufficient, so you kill lots of people and take their cows. The result of this is that the Emperor gives you more cows.

THE DESPOTATE OF EPIRUS
You have one cow and one very large historiographical inferiority complex. Neither ends up producing any milk.

THE HERACLIAN DYNASTY
You have two cows. The Persians take one cow, you get the cow back, then take one of their cows, and vice versa and so on. Eventually, the Arabs get sick of this nonsense and take everyone’s cows.

ICONOCLASM
You have two cows. You destroy all pictures of cows.

THE ISAURIAN DYNASTY
You have two cows, but pretend you have three cows. The Pope gives your imaginary cow to the Franks.

THE JUSTINIANIC DYNASTY
You have two cows. You gain two more cows, make numerous laws about the cows, and compile the ultimate manual of cow-herding. People take your cows away anyway.

THE KOMNENIAN DYNASTY
You have two cows. You employ your entire family as cowherds.

THE LATIN EMPIRE
You have two cows. You claim to have twenty cows. You actually get all your milk from Venice.

THE MACEDONIAN DYNASTY
You have two cows, which you inherited in dubious circumstances. You have never previously owned cows. You successfully end up with five cows and a bull despite this fact.

THE EMPIRE OF NICAEA
You have one cow, and a burning desire to reclaim another which was stolen from you.

THE PALAIOLOGAN DYNASTY
You have two cows. You give one to each of your sons as an appanage, and then have to beg them for milk.

THE EMPIRE OF TREBIZOND
You have two cows. You hide them behind some mountains for two and a half centuries until someone notices.